Consumers, not Regulators, Are the New Enforcers of Global Business Practices 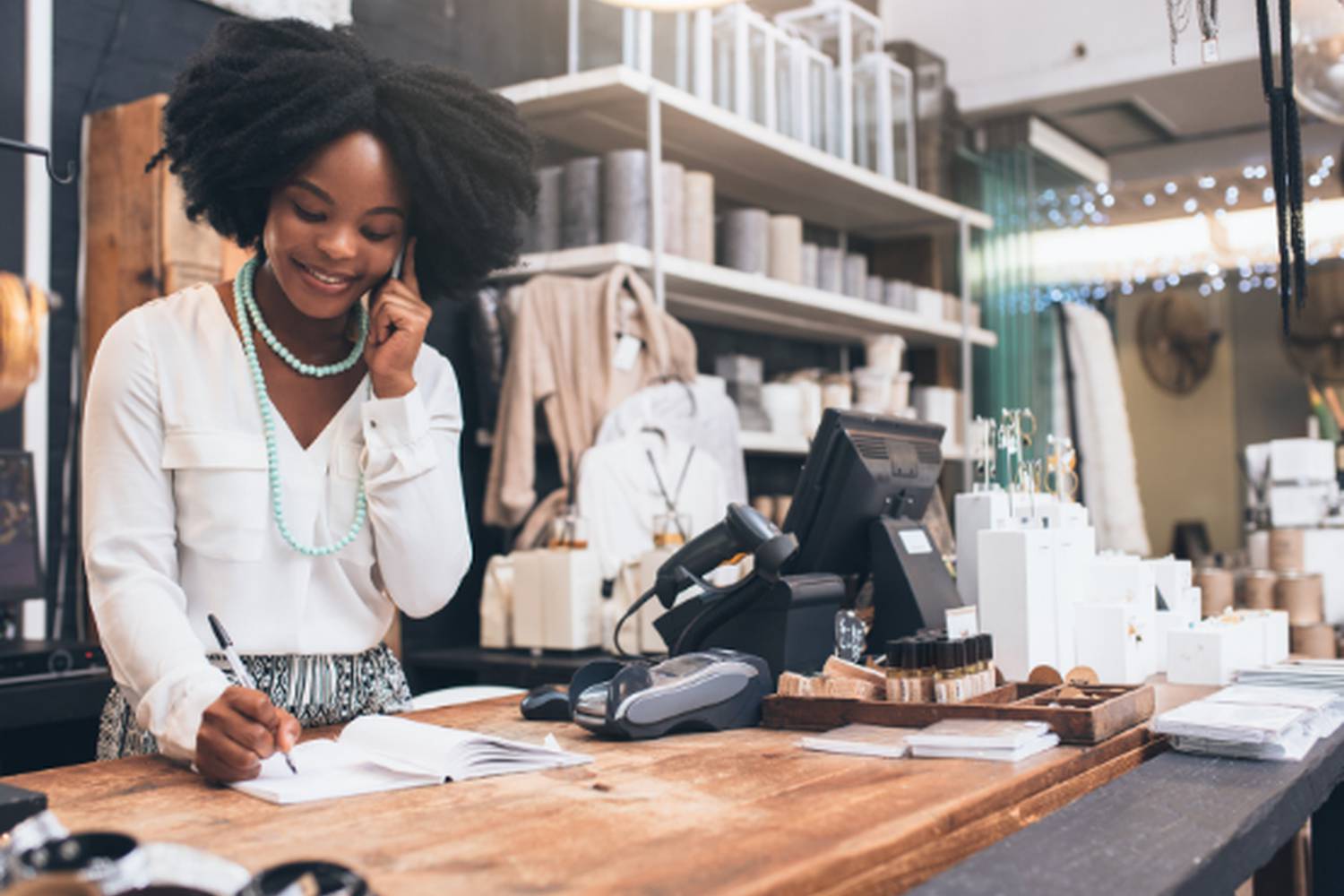 Over the past decade, three factors have shifted the way organizations perceive consumers, decide their own practices, frame the way they communicate – and even determine what they believe. First, the socialized economy has created new ways of seeing and sharing corporate behavior. Second, consumers are feeling empowered as never before. And, lastly, they’re starting to take the initiative on perceived transgressions.

These forces are a huge challenge for compliance teams. Simply “checking the box” was never a great idea when it came to meeting regulatory demands. But it’s a hopeless approach for dealing with consumer expectations around ethics and business practices. The right policies, training and values in your code of conduct are vital – alongside visible commitment to those values in everything you do.

Any conversation around consumer influence starts with social media. Although the credibility of platforms such as Facebook is now in question, social networks remain a key catalyst for, and means of, amplifying consumer sentiment.

A viral post is now a far more effective driver of corporate change across a range of issues – from racism to corporate waste – than any new law. Just ask companies whose policies were thrown into a spin after a viral video showed their business practices from an unflattering vantage point.

What makes a bigger difference to your business: conforming to a product safety standard, or a slew of one-star reviews on Amazon?

Put another way, what makes a bigger difference to your business: conforming to a product safety standard, or a slew of one-star reviews on Amazon? It’s not an either/or question, of course. But the poor reviews will hit your business a lot quicker.

Social media has also been a vector for rampant populism. This is most visible in politics. From Presidents across the globe to Brexit and les Gilets Jaunes, people are voting for “shake-up” candidates and taking direct action against “the establishment.” These movements are often barely organized – but their members want their opinions respected.

Corporate policies or statements at odds with any given brand of identity politics can instigate public opposition in new ways. For example, sporting goods stores that took an ethical stance on the minimum age for gun buyers after a school shooting in 2018 saw sales decline.

We can see the success or failure of these strategies play out in polarizing ad campaigns from companies that tap into political leanings, drawing sharp lines between conservative and liberal buyers.

And whereas 30 years ago an organization might engage with an organized pressure group to address an ethical issue, today’s movements are nebulous. There’s often no one to negotiate with – as French President Macron has found. This puts a premium on clear corporate strategy. We can see the success or failure of these strategies play out in polarizing ad campaigns from companies that tap into political leanings, drawing sharp lines between conservative and liberal buyers. When done strategically, sales soar; when done less so, brand reputation wavers.

The Consumer as Enforcer

In some cases, stakeholders are filling the spaces left by relatively light regulatory enforcement. In the UK, for example, the Modern Slavery Act sets out clear criminal offences related to human trafficking and slave labor. In 2017, there were more than 300 police operations investigating possible violations of the Act. Yet most businesses can comply with the law simply by amending employment and contracting policies and, in the case of larger businesses, publishing an appropriate statement online.

That means acts of slavery – and particularly child labor – could still be part of a company’s supply chain without them breaking the law. Customers now fill the gap left by regulators hampered by jurisdictional or procedural questions in a range of areas – ready to flag up even suspected breaches with considerable commercial consequences.

It All Comes Down to Trust & Transparency

Underpinning these forces is declining trust. A decade ago, the global financial crisis caused a fundamental break in consumer faith. There remains a deeply embedded suspicion – perhaps even cynicism – about business and finance. Research shows trust is still evaporating.

Many brands recognize regulatory compliance is not enough to disrupt a decade of distrust. Aside from securing millennial spending (actually, lots of older people care about transparent, trustworthy businesses too…), ethical behavior is needed to win over key talent.

Nowhere is the consumer-as-regulator more obvious than in the digital space. In 2018, GDPR and other regulations shook the business world. But even the potential fines – 4 percent of global parent company turnover for GDPR – pale next to the erosion of trust, the most valuable asset in a hyper-connected world.

Winning companies will increasingly be those that calibrate their ethics according to their consumers, not regulators – and are open and authentic about their intentions.

Social apps are disappearing off young people’s phones; other platforms are seeing growth stall;   Google’s evidence to congress was challenged in the face of a barrage of negative stories. In each case, trust in the organization and in its ability to serve the consumer’s best interest – not meet regulations – is a key driver. Winning companies will increasingly be those that calibrate their ethics according to their consumers, not regulators – and are open and authentic about their intentions. This adds more credence to the maxim of doing well by doing good.

Key Steps for Organizations to Take

Talking up your ethics code isn’t enough. You might need to recalibrate your entire business model against an ethical yardstick. Internal and customer-facing processes should be transparent enough to win the trust of your own people, regulators and your consumers. That also means analyzing activity data from more and more reliable sources.

Leadership must live and breathe the ethics communicated to staff and customers – and ensure processes and policies, especially around incentives, back them up. Over-promise and under-deliver on ethics, and the backlash from consumers will be severe.

Strong compliance means avoiding fines. But the stakeholders driving revenues (customers) and costs (suppliers) also make decisions on ethical grounds. And they move faster than any regulator can.

Consumers’ standards of evidence are far lower than regulators’. Transparent organizations can usually resolve allegations of unethical behavior faster than those whose systems hide the truth (even from their own management). That also means you panic less, get facts more quickly, have well-defined processes to resolve ethical breaches, and are seen as a company that acts.

A big ethical issue in 2019 is the fairness of algorithms – the building blocks of AI that are increasingly shaping interactions with consumers. Prescient companies are getting ahead of the issue with policies beyond regulatory need. Lawmakers and companies themselves can’t be sure how algorithmic decision-making affects society; so consumers will set the benchmark.

Don’t be shy about showcasing how your leaders believe in your ethical approach and their commitment to organization-wide policies to back it up. There’s more than just reputational value on offer. Publicly raising ethical standards puts pressure on opaque business practices in your industry. It’s a competitive advantage. 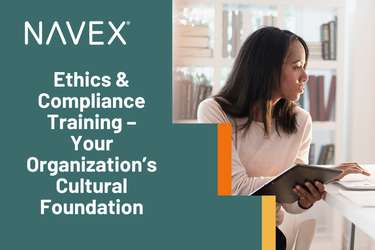 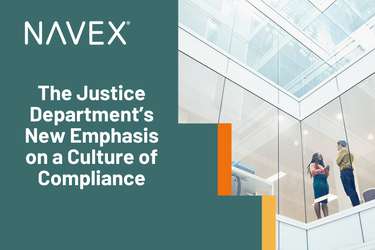 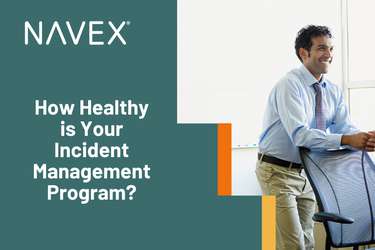 Compliance officers are constantly seeking new ways to demonstrate the relevance of a strong ethics and compliance program to their boards and CEOs. We now have another example served up on a platter: boards are increasingly worried that their corporate culture doesn’t encourage employees to raise concerns about risk in a timely manner.

The ethics & compliance community has been abuzz lately with a startling recent enforcement action — actually, the lack of one — against Cognizant Technologies. The Justice Department declined to bring criminal charges against the company for violations of the Foreign Corrupt Practices Act (FCPA). 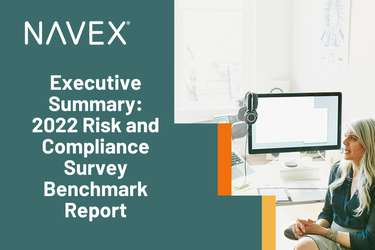 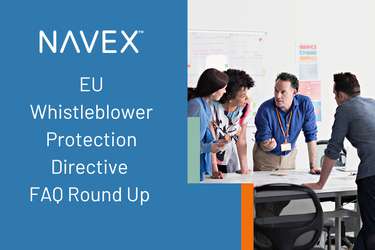